With two thirds of its territory occupied by the lush and abundant laurisilva forest, the Madeira Island proves to be an oasis for bird watchers, who travel from various parts of the world to visit the islands and admire its fauna.

The variety of land and sea birds is quite attractive. The species that nest on the islands are 42 and some of them are endemic of Macaronesia and only exist in Madeira.

Some most dedicated observers do not dispense a trip to the Desert Islands. This small territory receives extremely important colonies of seabirds. Among them, 150 pairs of fea’s petrel , the largest colony of Atlantic Bulwer's petrel (Bulweria bulwerii) and species such as Madeiran storm petrel (castro Oceanodroma), Cory’s shearwater (Calonectris diomedea) and the Barolo’s Shearwater (Puffinus baroli).

Make your reservation for your Madeira Tour 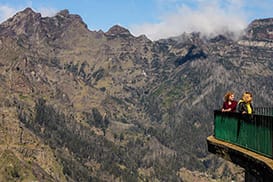 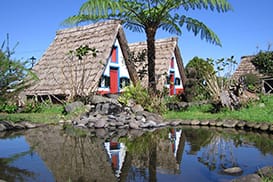 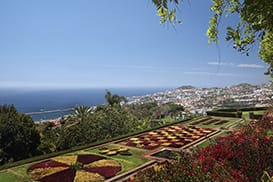 Mountain climbing in Madeira
Half-day
Book now
Read more
Availability
Mon
Tue
Wed
Thu
Fri
Sat
Sun
This guide uses cookies. If you agree to our use of cookies, please close this message and continue to use this guide.
Accepts & Close